UNIFYING THE GLOBAL RESPONSE TO CYBERCRIME THROUGH DATA EXCHANGE, RESEARCH AND PUBLIC AWARENESS

APWG is the international coalition unifying the global response to cybercrime across industry, government and law-enforcement sectors and NGO communities. APWG’s membership of more than 2200 institutions worldwide is as global as its outlook, with its directors, managers and research fellows advising: national governments; global governance bodies like the Commonwealth Parliamentary Association, Organisation for Economic Co-operation and Development, International Telecommunications Union and ICANN; hemispheric and global trade groups; and multilateral treaty organizations such as the European Commission, the G8 High Technology Crime Subgroup, Council of Europe’s Convention on Cybercrime, United Nations Office of Drugs and Crime, Organization for Security and Cooperation in Europe, Europol EC3 and the Organization of American States. APWG is a member of the steering group of the Commonwealth Cybercrime Initiative at the Commonwealth of Nations.

Operationally, the APWG conducts its missions through: APWG, a US-based 501(c)6 organization; the APWG.EU, the institution’s European chapter established in Barcelona in 2013 as a non-profit research foundation incorporated in Spain and managed by an independent board, including APWG founding directors; and the STOP. THINK. CONNECT. Messaging Convention, Inc., a US-based non-profit 501(c)3 corporation jointly managed by APWG and Washington, D.C.-based NCSA. 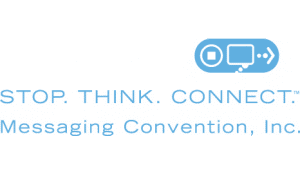 APWG, founded in 2003 as the Anti-Phishing Working Group was founded by Tumbleweed Communications, financial services institutions and e-commerce providers, holding its first meeting in November 2003 in San Francisco. In June, APWG 2004 was incorporated as an independent corporation controlled by its board of founding directors, its executives and its steering committee.

Enterprises with an interest in joining the APWG can interrogate member benefits on the Membership page and can mail their inquiries to APWG administration.